Celebrate her commitment to addressing barriers for women Yes! I want to Celebrate RGB with a gift in her honor 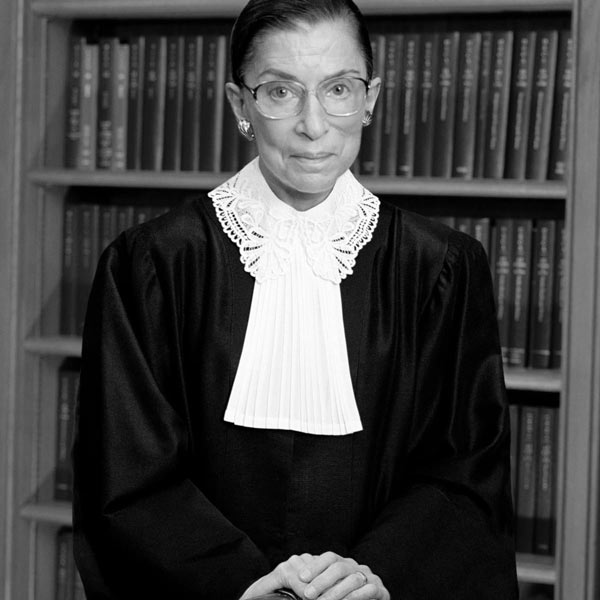 In honor of Supreme Court Justice Ruth Bader Ginsburg, please make a gift to demonstrate your appreciation for her life and legacy of advancing equity for women. Justice Ginsburg is remembered as a champion of equality, who argued for both race and gender parity. Lives and opportunities for women today are the results of her tireless battle against the systems that were built on gender privilege.

Justice Ginsburg founded and directed the Women’s Rights Project at the American Civil Liberties Union. She was the chief architect of a campaign against sex-role stereotyping in the law, arguing, and winning five landmark Supreme Court cases during the 1970’s. These decisions established the principle of equal treatment in the law for women as well as men and ended numerous laws that treated men and women differently based on archaic gender stereotypes.

During her role on the Supreme Court, Justice Ginsburg believed in a living constitution, a form of theory that believes the United States Constitution is a document that adapts to the times, taking on different meanings depending on when it is interpreted. Clearly, as one of the important lawyers of the 20th Century, Ruth Bader Ginsburg left an indelible mark on society. Rest in Peace #RBG.

ACTS Housing was presented with a WF Flash Grant as a result of the initiative launched to honor the work and legacy of US Supreme Court Justice Ruth Bader Ginsburg and her commitment to improving the lives of women.

We know home ownership is essential to advancing equity for women. Home ownership is the foundation for improved family relationships, better health and academic outcomes. It is also empowering and inspiring for the new owner and everyone in her sphere.

The key to their work is making sure that ACTS families thrive as homeowners, building stable homes for their families and becoming sources of strength on their blocks and in their neighborhoods. We are proud to be a partner in this work.

In all of my professional and community involvement, RBG fought for change that led to my most successful endeavors where women could on their own: get a mortgage, open a checking account, start a business, get a credit card, and the list goes on.

$2 for each year on Supreme Court; I have 2 daughters

Lisa, I love this!

RBG was a legal genius and trailblazer for women’s rights, the likes of which we will never see again.

Thank you, Lisa, for honoring the memory of RBG and her work to make a difference for women in our country.

To honor and celebrate her indelible legacy, make a gift to demonstrate your appreciation for her life of advancing equity for women.

Your gift honors the life and legacy of one woman who changed the lives of millions of people in the USA.

Your generosity will support a
Women’s Fund Flash Grant in 2021.

“When I’m sometimes asked, ‘When will there be enough (women on the Supreme Court)?’ and my answer is: ‘When there are nine.’ People are shocked. But there’d been nine men, and nobody’s ever raised a question about that.”
– Justice Ruth Bader Ginsburg
The impact of Ruth Bader Ginsburg is inspiring. Read about what has changed as a result of her work since the 1970s >

Donate and Celebrate
RGB’s legacy of advancing
equity for women