HER Scholarships began in 1996; since then nearly 150 women have earned Bachelor's Degrees. They have gained knowledge and skills they need to succeed. Gifts to the Fund supported these women on their journey. Gratitude!

Economic empowerment for women through education.

For more many years, we have been supporting women on their educational journey.

The HER Scholarship Program helps women gain access to economic self-sufficiency and long-lasting financial security through higher education.  Scholarship Recipients are women who are non-traditional students, age 35 or older, who are sophomores and face financial barriers to obtaining their degrees.

These women have the passion to achieve, they have set a goal, and are determined to cross the stage.

The HER Scholarship program was founded by Annette Stoddard-Freeman and Sally Grootemaat in 1996. The inspiration came from Annette’s own experience as a widow facing difficult financial circumstances after the death of her first husband.

We know by obtaining a college degree, women earn more.. This program provides women the opportunity to permanently increase their economic well-being and their capacity to provide for their families.  Children of college-educated mothers also fare much better in terms of educational attainment, health outcomes, and economic potential.  Helping a woman supports generations, lifts entire families, and improves social status.

Since its inception, over 100 HER Scholarships have been awarded to students at Alverno College, Mt. Mary University, and University of Wisconsin – Milwaukee with almost all of our Recipients obtaining their Bachelor’s Degree.

Milwaukee Journal Sentinel – Dietitian and HER Scholarship Recipient, Bridgett Wilder, talks about her mission to help others through food. Wilder works as a consultant for corporate and community wellness programs, motivational speaker, and nutritionist for individuals looking to achieve weight-loss goals. Read More

Thank you, Missy Levit for the HER Scholars Challenge! Former WF Board Director and long-time supporter, Missy Levit, proudly matched all gifts in support of HER Scholarship program for an entire month.

The named HER Scholarship recipients for this academic year are all dynamic and ambitious women. While each has her own story, together they demonstrate determination, passion and commitment. It’s your gift that acts as inspiration. There are daily challenges and life barriers that test these students, yet they persevere in your honor.

“I can’t tell you how big an impact Women’s Fund had on me. I’m always grateful for cool women who are willing to help other women realize their own potential.”

Barbara, HER Scholar
“Knowing that there are complete strangers, willing to support my success, inspires me every day. My studies have awakened my mind and ability, and I’m grateful to the community that helped make this possible for me.”
HER Scholar 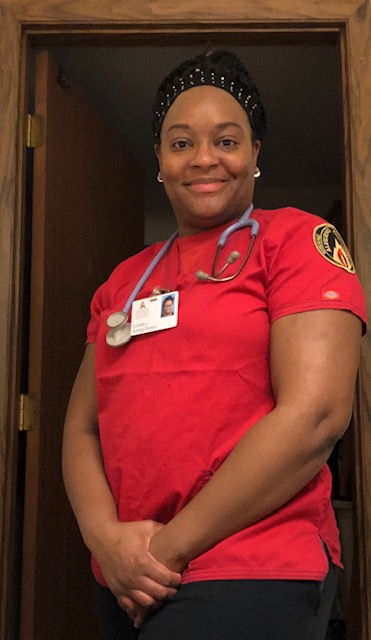 You Cannot deter a Determined Mind

Lynette was so close to the finish line she could feel it. Since she was a first grader, she dreamed of becoming a nurse, and now, a Junior at MSOE in, she was almost there. Nursing has always been in her blood. She sacrifices her own life for the sake of others. “It is instinct,” she says. It hadn’t been easy. Living in the inner city and becoming a mother at age 15 during her sophomore year may have derailed some, but Lynette tenaciously pushed herself not to be a statistic and achieve academic excellence. Yet just as she was so close, she found herself having to be a caregiver in a way she had not intended when a family member fell ill. It was devastating and Lynette found herself in a position she never expected-she dropped out of school in 2001 and did what comes naturally… sacrificing for the sake of others.

Her ambition to become a nurse took a backseat and months became years. She enrolled at MATC and got her surgical tech degree in less than two years. “I always had an inner inkling it was my path to become a nurse,” Lynette says.

She knew going back to school wouldn’t be easy. She now had two kids at home, had to figure out how to pay tuition, and was working as a surgical tech full time at Froedtert. She was barely sleeping. Her job was demanding and exhausting, yet she was great at it. “I deal with trauma surgeries and those hanging onto life by a thread,” When a trauma comes in, the adrenalin kicks in and I just move without thought and everything falls into place.”

It was this confidence in herself and her skills along with an inner drive and determination that drove her to enroll at Alverno College in 2017. She knew she would not be a traditional student and would encounter roadblocks but “I have to learn how to get around them and still fulfill my personal and career goals,” she says. The HER Scholarship from the Women’s Fund along with support from Alverno she received because to her academic achievements at MSOE, helped ease the financial burden tremendously.

While pursuing her degree her mentor would continually need to reminder her to sleep, and take care of herself. There were days Lynette recalls where she wouldn’t sleep for days. And yet once again just as everything seemed to be within reach with midterms around the corner Lynette’s brother-in-law passed away unexpectedly at age 33. Lynette’s sister was widowed with four young children. Lynette had been on this journey before. She knew what it felt like to sacrifice for others. Her world stopped. She stopped attending school. She didn’t take her midterms. She didn’t do anything but support her sister. Yet this journey had a different ending…her professors worked with her and she took the time she needed, staying on track and staying in school.

Now, after a lifetime of setbacks, roadblocks, and countless sacrifices, Lynette is on track to graduate in June, just three years after enrolling. She admits to having one fear… passing her boards. “It has been a lifelong journey and I am finally completing this goal of mine,” Lynette says with excitement exuding in her voice.

Her advice to others is, “It is never too late. Things may seem devastating but if you maintain your inner determination and do not put a time frame on when goals have to be accomplished you can do it.” She is an inspiration and mentor to other students, telling them “things are going to happen in life and you can either take the obstacle and build from it or let it put you down.”

She encourages people to continue supporting the HER Scholarship program saying, “it promotes women and women independence.” She says, as women we bring something different to the table. We bring a knowledge and emotional intelligence and we come with a whole well rounded and different perspective. She calls it “an investment in the future.” She reflects on where the economy is at today and feels we need strong minded and ambition driven people to help rebuild our country so the economy can continue to thrive for the younger generation. She says, this scholarship funds older women pursuing education so we can set the stage and pave the way for younger women.

The world of nursing has changed dramatically in the last month and health care workers are now referred to as “being on the front line.” Lynette reflects on this by saying she is not afraid even though it is scary. “This has been my calling for my entire life. I have sacrificed so much to get here. It is not a second thought. I am willing to go and be a part of being on the front line because it is for the greater good,” she says. She adds, “you cannot deter a determined mind. Determination will lead to your success.”

Please make a gift today, so women can continue their educational journeys. Thank you for your generosity! 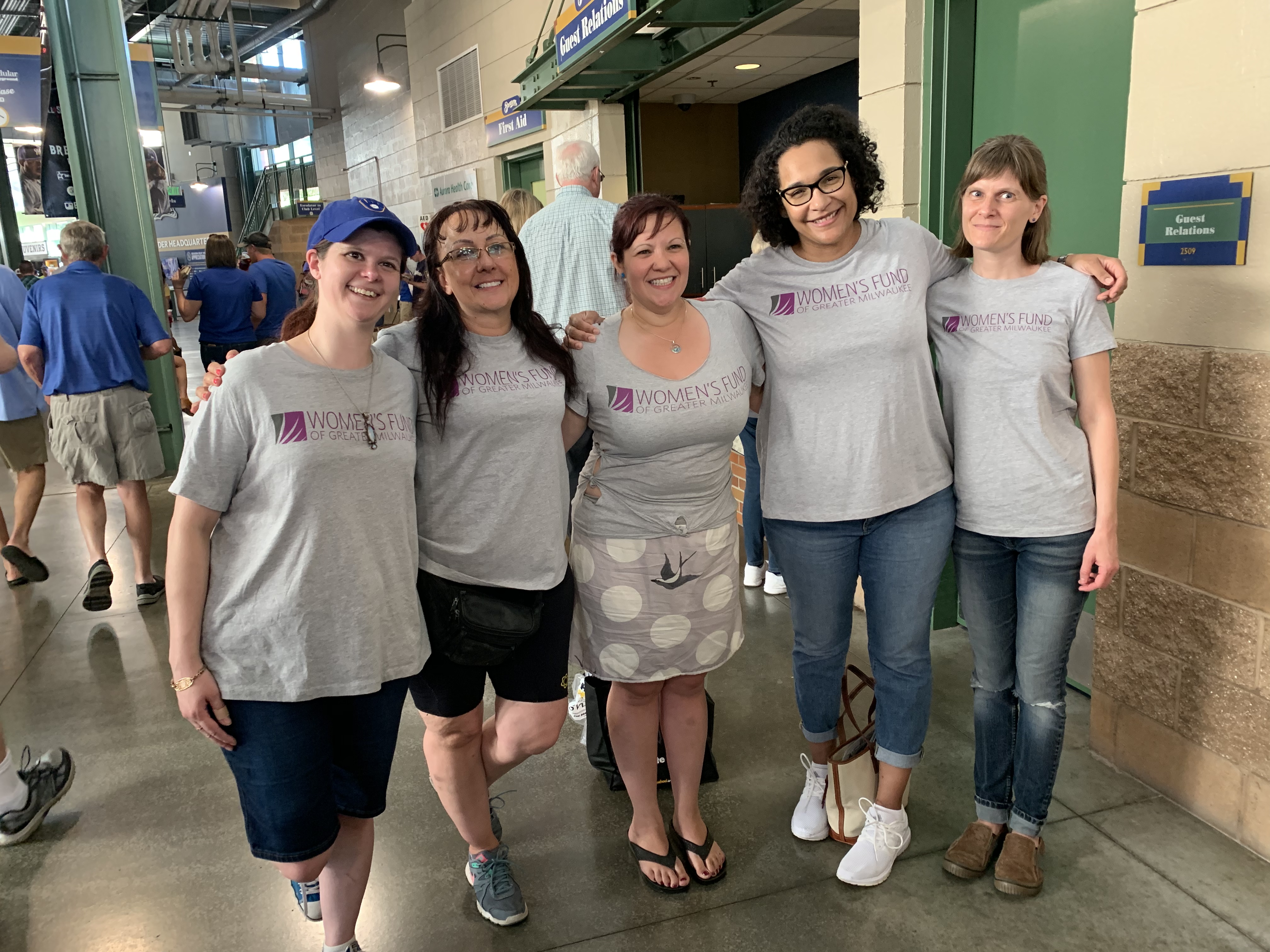