Amanda Braun – Refusing To Sit On The Sidelines 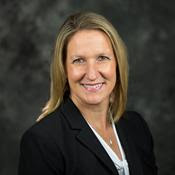 Amanda Braun was celebrating her first birthday when congress proposed a final draft of Title IX, a law banning sex discrimination in publicly-funded athletic programs and creating equal access to sports for women. Throughout her childhood, she never realized the impact that this law would have on her life.

Growing up, Braun created some of her best memories playing basketball in the park with her brothers and neighborhood friends. Her first organized sport was little league softball. Soon she tried other sports and quickly excelled in basketball. Without much thought of how Title IX allowed her to pursue academics and sports, she was awarded a scholarship to attend school and play basketball at the collegiate level.

Upon graduation, she knew she sports was a significant part of her life, so she pursued a career in athletics. In 2012, forty years after Title IX was passed, Braun became the first female athletic director for the University of Wisconsin-Milwaukee, and one of the only women in this position nationwide. She credits her success to her experiences with sports and believes there is a correlation with athletes and workplace success.

“I’ve noticed athletes are better at communicating through conflict, they are more resilient and driven. I think sports definitely primes a person in those ways,” says Braun. “I know that playing sports gave me confidence in all facets of life. I use my experiences with sports to help me through difficult situations and helped me stay focused.”

Braun said women’s participation in sports, and access for female athletes have accelerated immensely since the passing of Title IX, but there is still a significantly gender gap in coaches for women’s sports. Braun knows there’s still work to be done – she refuses to sit on the sidelines. She has her sleeves rolled up and is ready to work.

“Men dominate coaching positions; they occupy well over 50 percent of coaching positions in women’s sports,” said Braun. Creating a balance in this area is something we should and need to continue to focus on.”

Braun believes the Women’s Fund of Greater Milwaukee is making strides in this space, advancing equity for women through events, scholarships, and community talk backs.

“We’re having conversations we’ve never had before,” she says. “It’s empowering to see this work impact girls and women to help them maximize their potential. I want the young female athletes to see me doing my job as the first female athletic director (at UWM) and think that they could achieve that position too.”

With women like Braun at the helm, and with the support and leadership of organizations like the Women’s Fund of Greater Milwaukee, the playing field is becoming more even in sports and in business. Both Braun and the Women’s Fund look forward to continuing the conversation on equity until it is one day it is the “norm” in our society.