We helped create conditions leading to economic empowerment and social justice through women and girls through shifts in culture, attitudes and behavior.

Making sure that all women and girls are a part of the economic mainstream. Our grantees are promoting economic justice, financial stability and self-sufficiency for women including creating fair economic policies that enable employment to be a way out of poverty rather than another form of poverty.

A multi-year project designed to create, maintain and expand policies and practices that decriminalize prostitution – a criminal record stops women from entering the economic mainstream through employment.

A new cutting edge initiative that is developing and advancing the work of female playwrights while raising awareness of gender inequality in professional theatre – a multi-billion dollar industry where women are practically nonexistent.

Making sure more women and girls become leaders and support the women and girls who are already leaders. Our grantees are promoting knowledge/skill acquisition and practice in ways that help them use their power to effect social change and promote the value of equity, social justice, self- knowledge, personal empowerment, collaboration, citizenship, and service. 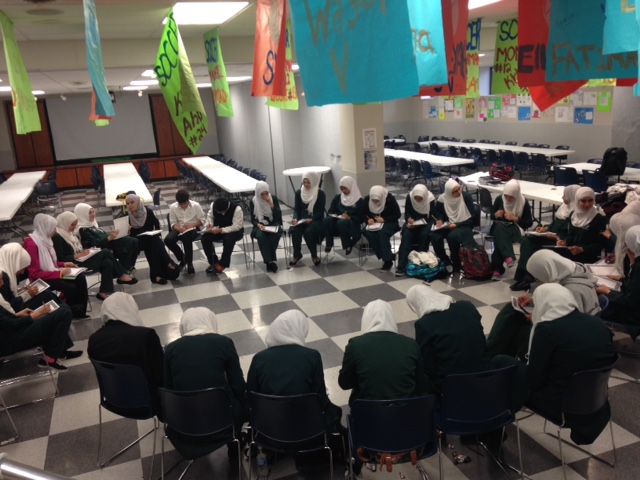 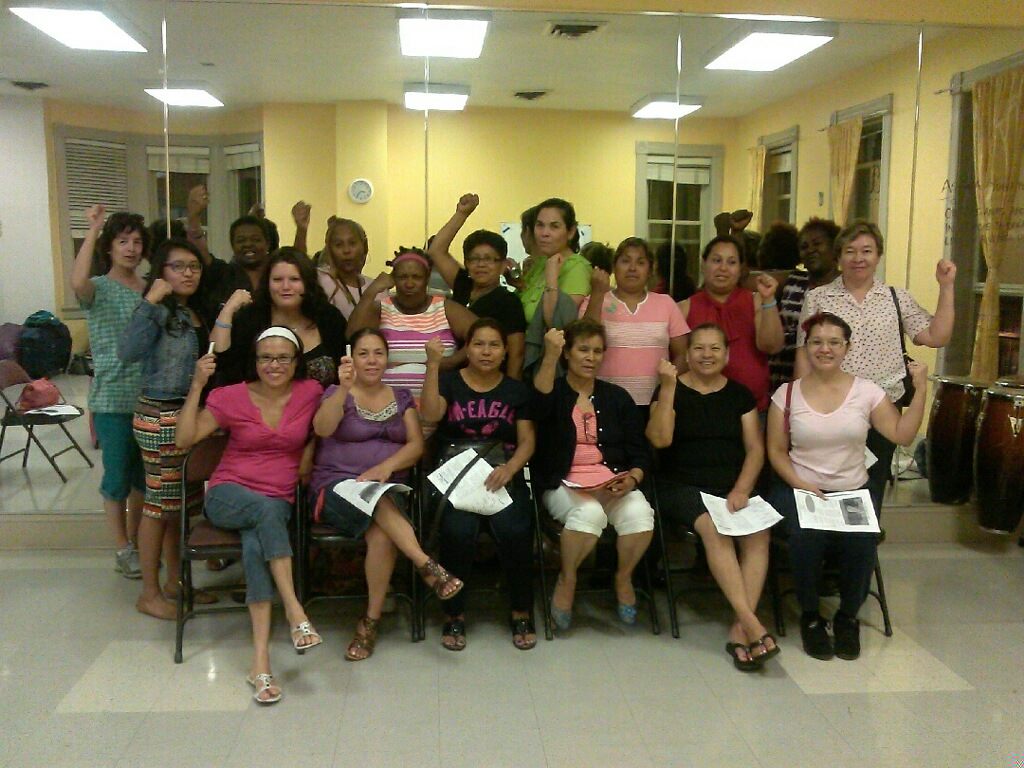 “We were so honored and grateful to receive funding from the Women’s Fund. Last week, our Courage to Thrive group for tween girls created smudge/prayer bundles of cedar and sage for a Native family living on a reservation in North Dakota whose daughter has gone missing. They’ve been searching for her for weeks. We wanted to show the girls that even without money, and even though they are young, they can still help in deeply meaningful ways, and provide some light in dark times. We emphasized putting positive energy, good intentions, and love into the creation of each bundle. They are a great group of girls and each more powerful than they realize.”

Making sure women and girls are educated about the issues that affect them and ensuring they are able to obtain the education they want. 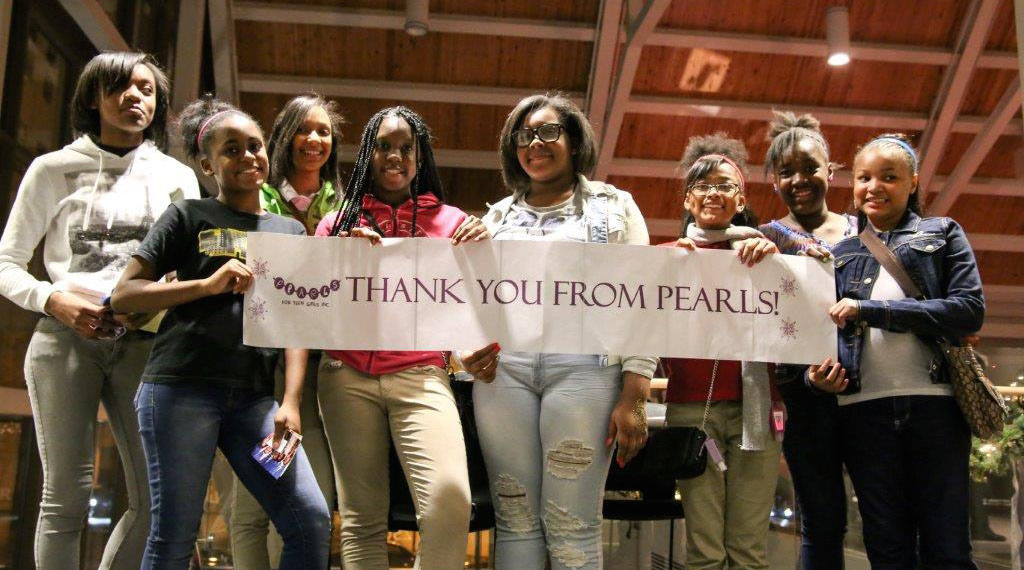 This program offers an evidence-based curriculum and strong adult-girl mentorships to awaken adolescent girls to the power they have to direct their own lives, and helps them develop the knowledge, skills, and mindsets to succeed in school, seek post-secondary education, and avoid teen pregnancy.

This program supports the research, creative response and advocacy tools developed by and for young women, predominantly middle and high school girls, to promote respect for self and peers, regardless of body type, ethnicity, sexual orientation and/or appearance. The young women will them become the advocates in their own schools for the education of all young women around these issues. 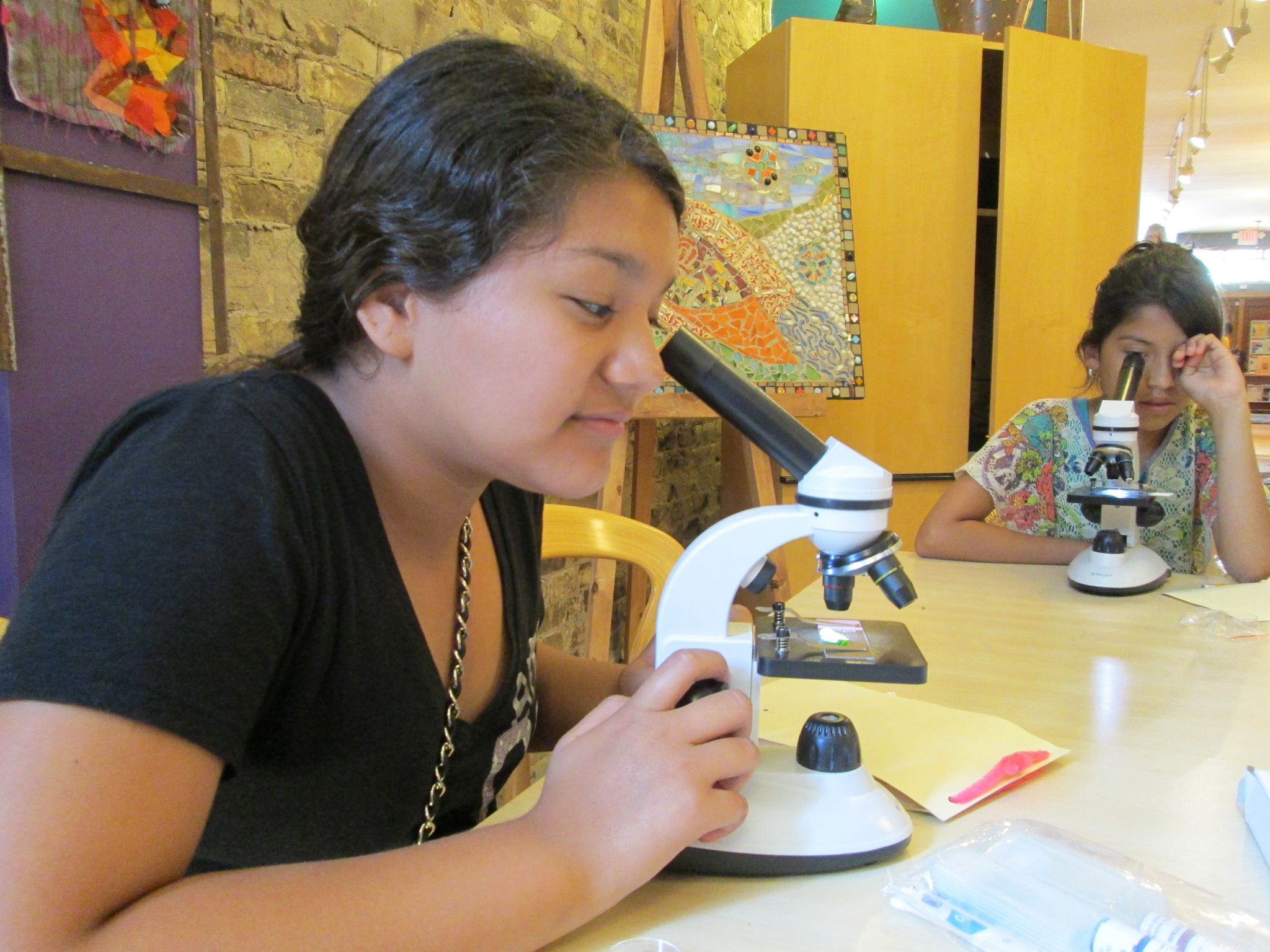 Cientificas de Milwaukee is the only extracurricular program in the Milwaukee Public Schools that offers bilingual STEM (science, technology, engineering, and math) education to elementary and middle school-aged girls in the Milwaukee Area and raises awareness of the disparities apparent in the higher education pipeline, particularly in STEM fields. Offered at Hayes Elementary School, the program has grown from five girls to fifty in grades 5th through 8th. Funded through the Women’s Fund Social Change Grants Program, Cientificas has changed the attitudes about STEM careers.

Bringing Social Innovations to Scale Milwaukee’s teen birthrate dropped 50% in 7 years due in large part to Pearls’ for Teen Girls strategic efforts to engage girls in projects to improve the communities in which they live. Last year, 99% of Pearls girls avoided pregnancy, 94.5% of active seniors graduated from high school, and 100% of graduating seniors that wanted to go to college and applied were accepted! Our 2013 funding supported a planned program expansion with the eventual goal of increasing the number of PEARLS partner sites. At the end of 2013, PEARLS successfully increased its reach by 30% compared to the previous year. This success helped leverage a grant from the Burke Foundation, which will support the 10,000 Girls Initiative. This is a well-planned, phased strategy of investments and growth designed to reach more at-risk Milwaukee girls.
Changing Values to Change Systems The Benedict Center’s Sister’s Project changes how law enforcement thinks about the issue of street prostitution in order to address the underlying problems that brought women to the streets in the first place. A multi-pronged strategy includes building bridges with law enforcement. As a result of these efforts, women arrested for prostitution in Milwaukee’s third district were allowed to complete a program at the Benedict Center as an alternative to incarceration. Sadly, this gain is now under threat. Other police districts and a special “sensitive crimes” unit are putting pressure on the third district to discontinue its partnership with the Sister’s Project claiming the program is too “soft” on women engaged in prostitution. The good news is that the Sister’s Project recently received a $200,000 grant from the Medical College’s Healthier Wisconsin Partnership program to change systems so that women engaged in prostitution can obtain the support they need for healthier and safer lives for themselves, their children, and their communities.
Grassroots Organizing for Social Change Voces de la Frontera engages women who are directly facing deportation proceedings within their families to affect immigration policy in this country through a program called Mujeres Lideres. This is a small group of resilient women who have a personal story to tell. And they aren’t just telling their story. They are organizing their communities to influence the shape of immigration reform in this country. Last year, Mujeres Lideres women shared their stories publicly at local town halls and organized actions to target six congressional representatives. Leadership training through Voces has shifted behavior from victim to activist while ensuring that policies are being influenced by those whose lives they impact the greatest.
Organizational Funding to Strengthen Capacity 9to5 Wisconsin’s members spent much of last year protecting the Family and Medical Leave Act (FMLA) because its members are directly affected by issues like FMLA that prevent women from fully participating in the economy. The group’s projects directly impact low-income women, young women, and women of color in Milwaukee. Here’s how 9to5 does its work: “We ask women to step up, speak out, get training, think strategically, think collectively, and act on their experience within our campaigns.” Investing in the financial health of strong women-led organizations like 9to5 results in the power shifts that will change the demographics of women in Milwaukee who are currently employed at higher levels, yet are deeper in poverty.