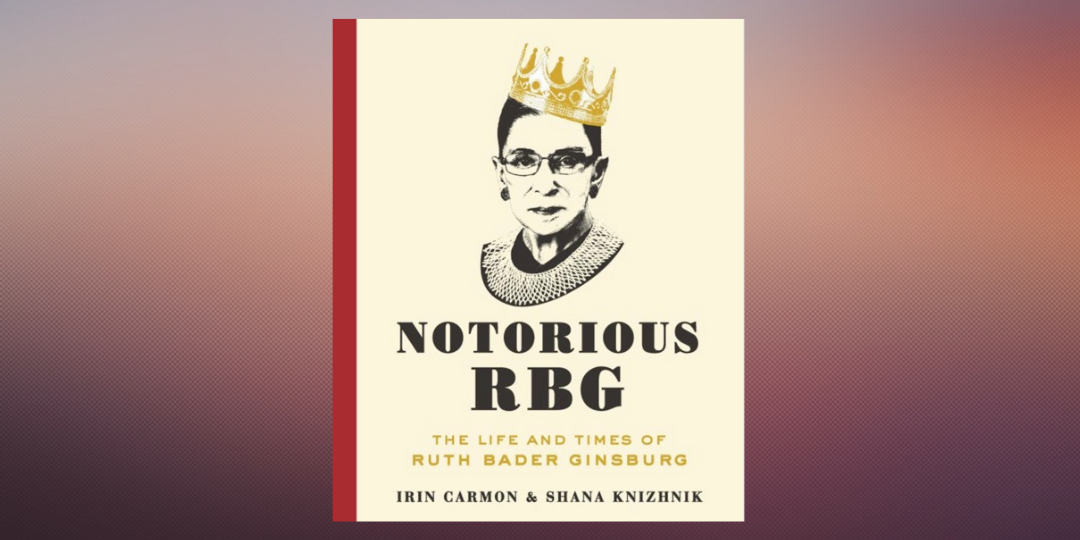 BOOK HOST: JOANNE WILLIAMS
Reason I want to read/discuss “The Notorious RBG”: Why the hell not??!!

About Joanne: Her career began in high school when she hosted the teen talk show on Milwaukee’s WAWA Radio. Two weeks after graduating with honors in film from Northwestern University, she started working for WTMJ TV in Milwaukee. In 1973, Joanne and Pete Wilson started The Morning Scene – the first 30-minute, early morning TV newscast in Milwaukee.

That was followed by several years at WGN in Chicago as a reporter, writer and part-time weathercaster.

She returned as WITI’s Community Relations Director in 1978, producing many projects, including  “The Disabled Are Able”, which was nominated for a daytime Emmy. In 1982, Joanne returned to the WITI newsroom and wore many hats as reporter, anchor and producer during her tenure. Over the years, Joanne hosted live call-in programs, town hall meetings, and participated in thousands of community events on behalf of FOX6.

She was the host and segment producer for Milwaukee Public Television’s “Black Nouveau” which won a regional EMMY in 2018. She has won awards from the National Association of Black Journalists in 2012 and won the Bronze award from the Milwaukee Press Club for Best Documentary or new special for the program “Harry Kemp: The Photography Man”.

Joanne was a regional director on the board of the National Association of Black Journalists, a founding member of the Wisconsin Black Media Association, past president of the Milwaukee Press Club and has served on many boards and committees of agencies in Milwaukee.  She is a member of the Milwaukee Press Club Hall of Fame. and a National Academy of Television Arts and Sciences Silver Circle honoree in 2009. In 2014 the Milwaukee Business Journal honored her as a Woman of Influence for her inspiration to others.

In her “retirement” Joanne has worked with United Way of Greater Milwaukee and Waukesha County and has become associated with Milwaukee Film as an independent documentary filmmaker, currently producing, writing and directing  “The Exchange. In White America. Kaukauna & King: 50 Years Later”.

ABOUT THE BOOK NOTORIOUS RBG

“It was beyond my wildest imagination that I would one day become the ‘Notorious RBG.” — Ruth Bader Ginsburg, 2019

She was a fierce dissenter with a serious collar game. A legendary, self-described “flaming feminist litigator” who made the world more equal. And an intergenerational icon affectionately known as the Notorious RBG. As the nation mourns the loss of Ruth Bader Ginsburg, discover the story of a remarkable woman and learn how to carry on her legacy.

This runaway bestseller, brought to you by the attorney founder of the Notorious RBG Tumblr and an award-winning feminist journalist, is more than just a love letter. It draws on intimate access to Ginsburg’s family members, close friends, colleagues, and clerks, as well as an interview with the Justice herself. An original hybrid of reported narrative, annotated dissents, rare archival photos and documents, and illustrations, the book tells a never-before-told story of an unusual and transformative woman who transcended divides and changed the world forever.

In an effort to create a safe environment, the Women’s Fund of Greater Milwaukee adopted a COVID policythat requires all attendees either be fully vaccinated against COVID-19 or have a recent negative COVID-19 test. Regardless of vaccination status, if you are experiencing symptoms or have had recent contact with someone who has COVID or COVID symptoms, please refrain from attending events/meetings in person.

If your status regarding COVID changes ahead of an event/meeting, please contact Lisa Attonito, Executive Director, to discuss participation options. Lattonito@womensfundmke.org or 414-290-7350.

Our programming creates opportunity for people to convene around important issues that impact women.  Our Community Talk Backs and Community Book Reads assemble diverse groups of people, facilitate engaging and dynamic inter-generational conversation.  These experiences create discussion and group gatherings designed to challenge our thinking, adjust our attitude, influence our behavior, and change culture. We do this in support of ALL women in Greater Milwaukee. 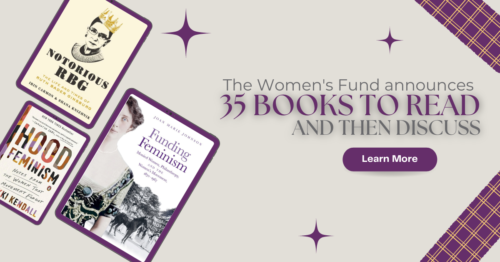